Rebuilding America: Competition where you least expect it! 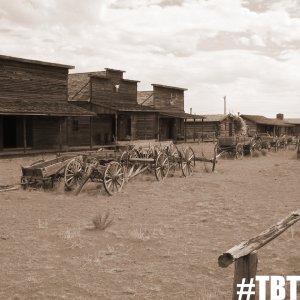 Recently I have been streaming the @HistoryChannelX show “The Men Who Built America” series. It is a fascinating representation of how five common men shaped the United States of America and the world in the post-revolutionary war era. I have been envious that it must have been the most exciting time to live and compete in business.

I could not be more wrong!

Of course these men, and that era, were exciting. It was the wild west of business. Pure competition. Excitement. They disrupted one another, built off of one another’s momentum, and shifted the landscape forever.   However, the real excitement is in today’s environment.

A new team of men and women (!) are making the post-revolutionary war era look tame. Competition isn’t coming from within the industry, but instead from some of the least expected places. Corporate strategists are earning their keep if they can spot some of these before they happen!

The darling of the water cooler conversation in Detroit revolves around new and potential entrants to the automotive industry. Some of these are certainly transforming the product landscape, while others are looking to disrupt the industry. Examples can include:

New entrants with this much access to capital, technology, and customer bases are disruptive to the automotive industry.   They all (with potentially the exception of an autonomous offering) leave the basic industry value chain intact.

Another much talked about disruptor to the industry is Uber.   The disruption that Uber and other transportation services companies (Lyft, ZipCar, etc.) represent is systemically much more disruptive. These services disintermediate the automotive manufacturer from the consumer. They basically make the OEM a supplier to a new consumer brand.

This is not exclusively an automotive phenomena. Amazon continues to disrupt traditional retail channels and now is even attempting to disrupt another disruptor: Netflix.

Perhaps the most “left field” announcement of late is that of Waffle House partnering with an upstart to become part of a logistics and delivery service. Unlocking hidden value of assets in one industry is becoming for another.   (http://www.theverge.com/2015/2/24/8098759/waffle-house-roadie-delivery-app-partnership)

Ubiquitous networking, embedded computing, cloud-based infrastructure, mobile devices in almost every consumer’s pocket, and the willingness consumers to use them is setting a cross-industrial platform for change. We refer to this as Technological Discontinuity – where technological advancements disrupt the bedrock of corporate and business strategies.

Industry boundaries are basically erased. Anyone with an internet connection, a bit of technical prowess, an idea, and belief can shake the current foundation. Most rules have been erased.

This is the era of opportunity. It is an era when corporate strategists have the challenge to self-disrupt to enable the future – an era of a new American (and Global) revolution.